Redevelopment of Ashton Gate Stadium including the design, construction and fit-out of the new Wedlock and Williams Stands and extensive conversion works to the Dolman Stand and concourse.

The first phase included the demolition of the existing one hundred year-old Wedlock Stand, and construction of a new stand, which also housed conference facilities, administration offices, cafes and shops.

Phase two provided major upgrades to the eastern Dolman Stand, while the third phase consisted of the redevelopment of the West Stand (Lansdown Stand). Other works associated with the scheme included services and infrastructure works, relocation and re-provision of the pitch, demolition of numerous outbuildings and soft and hard landscaping to the external realm.

Weighing 220 tonnes, the Lansdown Stand truss roof was built at ground level and is over twice the size of the truss lifted onto the Dolman Stand. The truss was restrained by seven pairs of roof rafters weighing 20 tonnes each, which were pre-assembled on a hinge mechanism allowing the rafters to be swung up and attached to the truss using a 25 tonne crawler crane behind the stand. The installation of the 108m truss signifies the Lansdown Stand reaching its highest point of 37.05m, now towering above the South Stand standing at 19.86m by comparison. 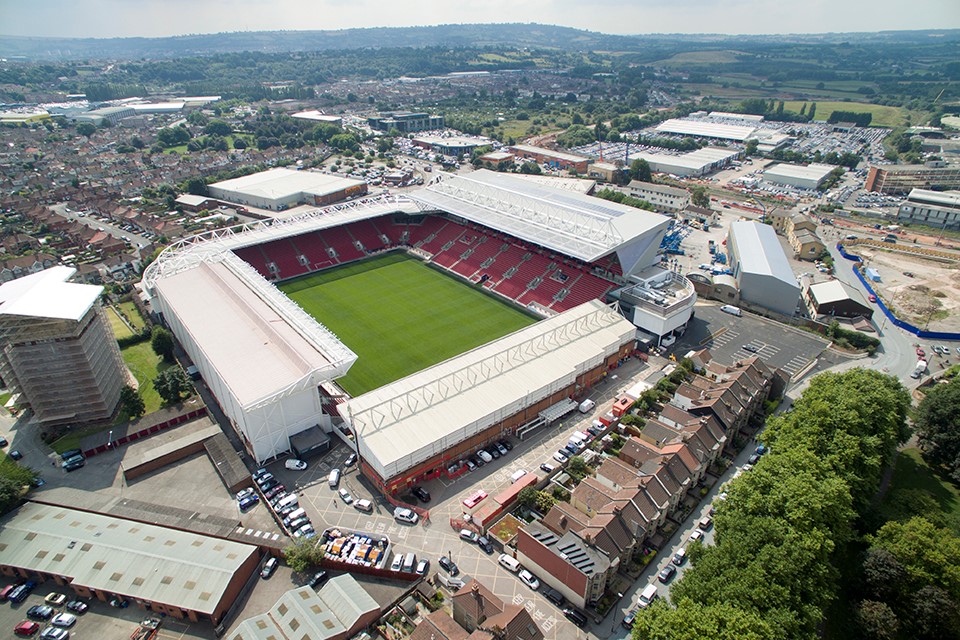 As the stadium was still in use throughout all phases of the construction project, not only for football and rugby matches but also for events attracting over 12,000 visitors, the safety of the client’s staff and members of the public was paramount. We implemented a procedure where we met with the safety officer of the stadium before every football and rugby matchday to conduct a health and safety review of the stadium. 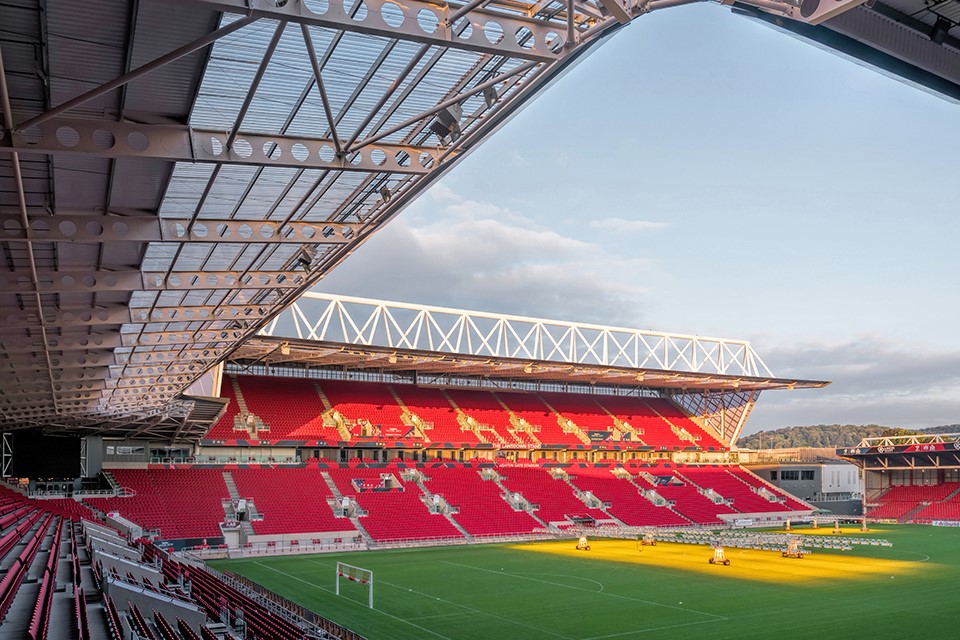 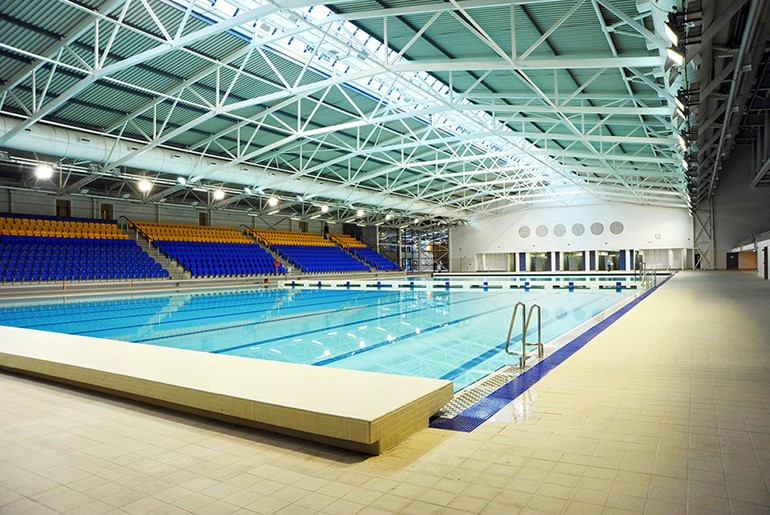 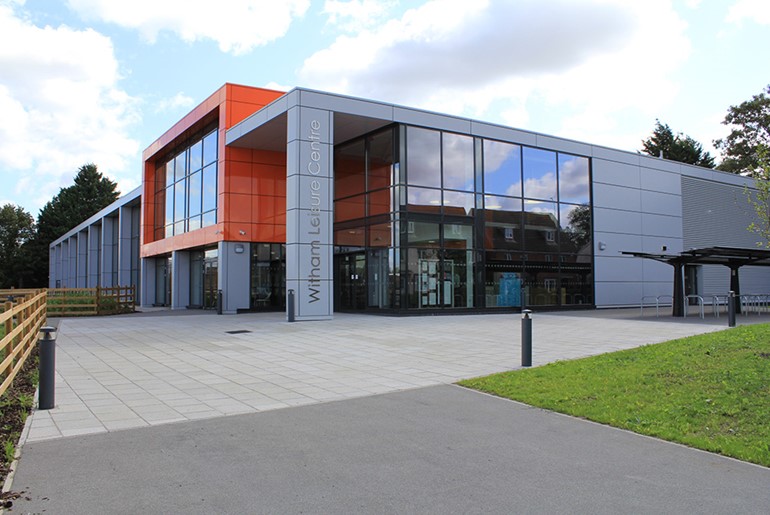 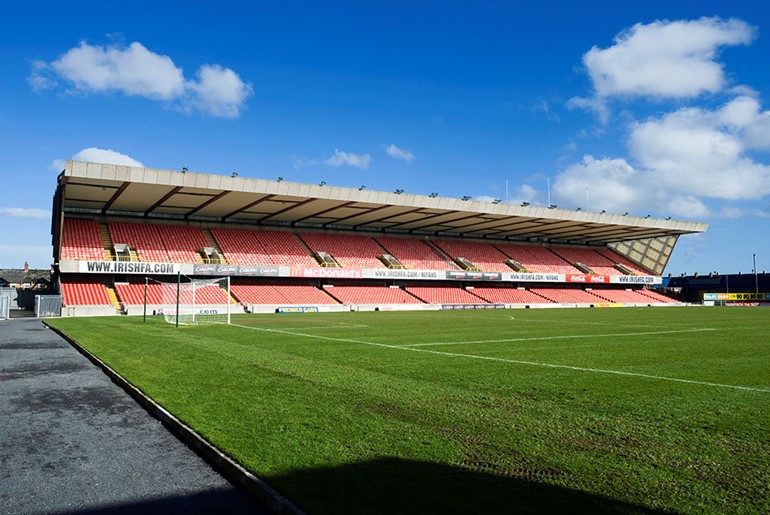 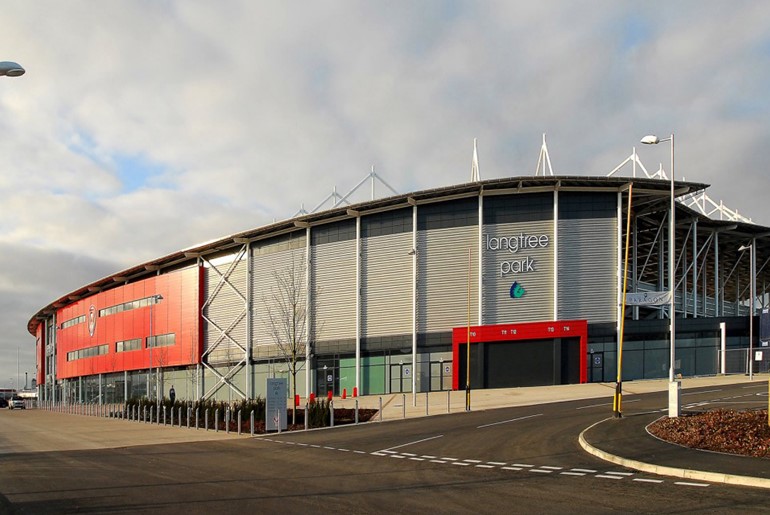