The name of the new flood storage dam being constructed across the River Garnock is in the hands of the public. 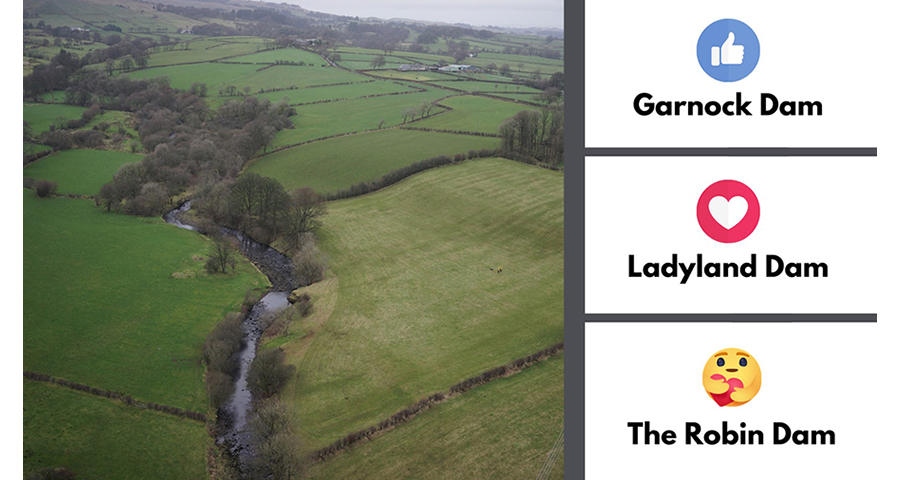 From 12noon on last Monday (10 May), people can vote for the name they think should be used for the new dam that is being constructed as part of the Upper Garnock Valley Flood Protection Scheme. Three names will be whittled down to one, based on the public vote.

Residents will have the choice of either Garnock Dam, Ladyland Dam or The Robin Dam.

The vote will be held on Facebook via the ‘Garnock Valley Virtual Community Centre’ group, with the most popular name being selected for the dam.

The new dam will reduce river flow during periods of high rainfall, to reduce flood risk to properties downstream.

The three name options have been selected as they have connections to the local area:

David Hammond, Head of Commercial Services for North Ayrshire Council, said: “The new flood storage dam requires a name and we invite local residents to help us decide what this should be. We’ve selected three suitable names to choose from, and residents can have their say by taking part in the online poll via social media.”

Adrian Pollock, Contracts Manager at McLaughlin & Harvey, said: “We are keen to leave a legacy within the local area when the Upper Garnock Flood Protection Scheme is complete and having the local community select a name for the newly constructed dam reflects that objective.”