Three names were whittled down to one in an online poll where residents were asked to vote for the name they think should be used for the new flood storage dam being constructed as part of the Upper Garnock Valley Scheme. 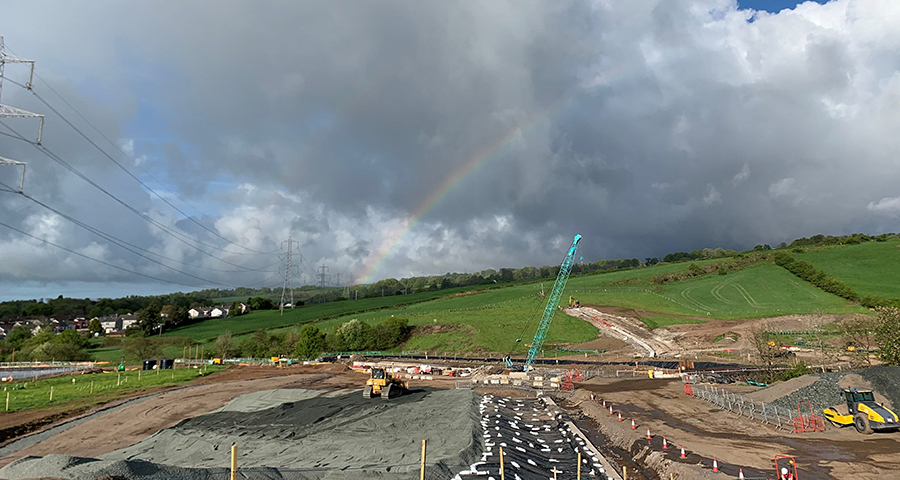 In first place with 62 votes was Robin Dam. Second place was Garnock Dam with 44 votes and third place was Ladyland Dam with 10 votes.

Robin Dam was shortlisted as it has connections to the local area - the Robin is the name of the pool where generations of local people have met and is synonymous with swimming, fishing and walks up the river.

Councillor Jim Montgomerie, Cabinet Member for Green New Deal and Sustainability, said, “A big thanks to everyone who took part in the online poll – we look forward to the new Robin Dam completing next year, giving residents and businesses peace of mind and security in the years to come.”

The new dam will retain water during periods of peak flow to reduce flood risk downstream whilst leaving river flow unaffected at other times. The dam, combined with flood defence walls and embankments, will increase flood protection for the community after suffering from a history of flooding.

Adrian Pollock, Contracts Manager at McLaughlin & Harvey, said, “We are keen to leave a legacy within the local area when the Upper Garnock Flood Protection Scheme is completed and having the local community choose the name for the newly constructed dam really reflects that objective.”