McLaughlin & Harvey has received the President’s Award in the prestigious annual scheme run by the Royal Society for the Prevention of Accidents (RoSPA). 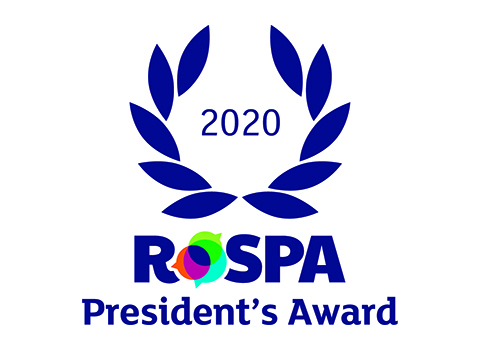 The RoSPA Awards scheme, which receives entries from organisations around the world, recognises achievement in health and safety management systems, including practices such as leadership and workforce involvement.

David Magee, McLaughlin & Harvey’s Group H&S Manager, said: “McLaughlin & Harvey is delighted to have received the RoSPA President’s Award in recognition of our tenth consecutive year in achieving the Gold Award. This award is a testament to the continuing commitment of our people to achieve excellence in health and safety.”

Julia Small, RoSPA’s Head of Qualifications, Awards and Events, said: “The RoSPA Awards scheme is the longest-running of its kind in the UK, but it receives entries from organisations around the world, making it one of the most sought-after global accolades in health and safety. RoSPA wants every employee, wherever they are, to work safe in the knowledge that they will be going home unharmed and healthy at the end of every day. The RoSPA Award winners are vital to help achieve this goal, as by entering they are driving up standards and setting new benchmarks for organisations everywhere. Currently, around 7million people are directly impacted by the RoSPA Awards, but the scheme’s influence is even wider.”

For more information about the RoSPA Awards.

Find out more about McLaughlin & Harvey's health and safety practices.