The Department for Transport Aviation Minister has met apprentices on a visit to London Luton Airport (LLA). 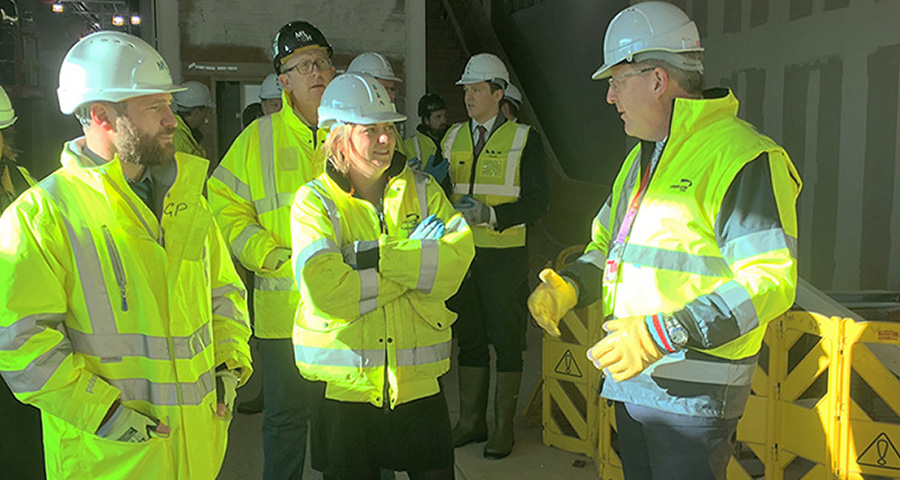 The Minister was provided with an overview of LLA's redevelopment and met some of the apprentices who are helping to transform the airport's vision into reality. Baroness Sugg's visit to LLA took place at the end of a week in which the Government, working alongside industry, launched the Year of Engineering, a campaign which aims to increase the number of young people pursuing a career in engineering.

Touring the newly-extended terminal which is due to open later this year, the Minister met one of McLaughlin & Harvey’s trainees, Matthew Wallace. Following the completion of a two-year apprenticeship, the former apprentice joiner has a permanent role as a Trainee Site Manager overseeing the transformation of the terminal building.

Aviation Minister Baroness Sugg said, “It is clear to see that the investment being put in to London Luton Airport goes far beyond passengers, creating jobs, developing skills and boosting the local economy. The work being done by the airport to upgrade the terminal and passenger facilities has created a wealth of opportunities for young people with apprenticeships and trainee schemes in a variety of areas. This major investment not only shows how our aviation industry continues to go from strength to strength but also underlines the importance of talented young people in this British success story.”

Highlighting the variety of opportunities available within engineering, the Year of Engineering campaign seeks to increase diversity, challenge misconceptions and attract more women and girls into the industry.