UTV gets ready for first class production with McL&H

McLaughlin & Harvey has been appointed to carry out the fit-out of UTV’s new broadcast facility at City Quays 2 at Belfast Harbour Estate. 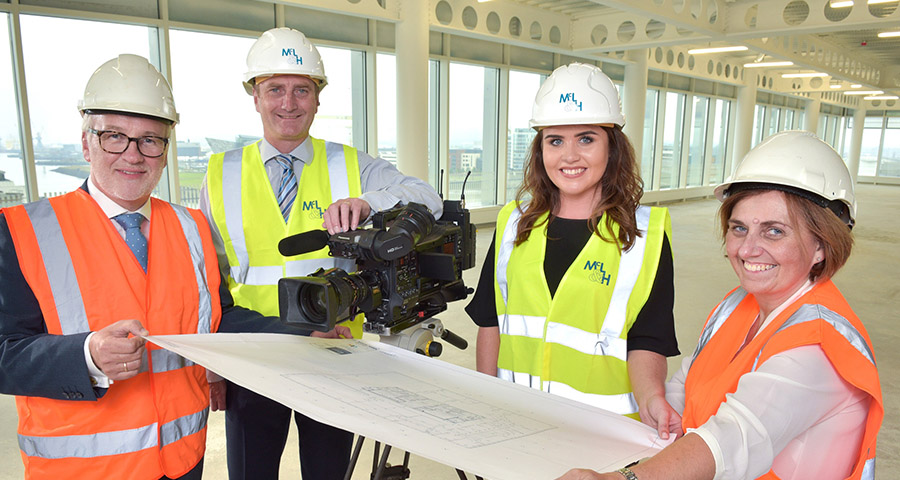 The new facility represents a multi-million pound investment by ITV, since it acquired UTV over a year ago. The work, due to start in late August, involves the complete fit-out of the entire floor from its current shell, and will take 16 weeks to complete. UTV is taking the entire eighth floor of the building, and when work is complete it will be home to a 11,000sqft modern broadcasting centre with an HD studio, the latest in editing technology, and corporate offices with administration, finance and sales areas to accommodate all UTV staff.

UTV’s former studio in Havelock House was originally converted from a derelict building to the nerve centre of Channel 9 by McLaughlin & Harvey in 1959. UTV went ‘on air’ when Sir Lawrence Olivier delivered its first official broadcast on 31 October 1959.

Terry Brennan, Head of News and Programmes at UTV said, “Today's announcement marks a major milestone in our plans. We are delighted to have got to this stage with such a well-established local company as McLaughlin & Harvey. We are looking forward to them being on site from the end of August and, by the summer of 2018, UTV will be broadcasting from one of the most modern news centres in Europe.”

Richard Cheevers, Director at McLaughlin & Harvey, commented, “We are extremely pleased to be working with ITV on their new facility at City Quays 2.”