McLaughlin & Harvey Contracts Manager William John Cunningham and Derek Russell from RPS will be discussing ‘The Reconstruction of Teesport, Berth 1’ on Tuesday 12 January 2016 at the MAC, Belfast. 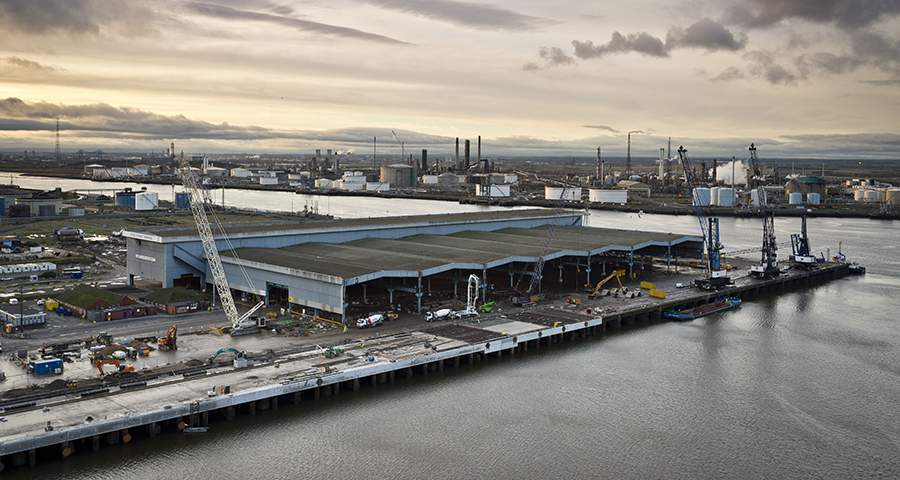 The talk will focus on the design and construction challenges faced during the reconstruction in Middlesbrough at a joint Concrete Society and Institution of Structural Engineers meeting at ‘The Works’ Studio. The presentation will start at 6.15pm with refreshments from 5.30pm in ‘The Lab’.

McLaughlin & Harvey are currently carrying out Phase 2 of the reconstruction at PD Ports’ facility in Middlesbrough, having completed Phase 1 last year. The contract involves the full demolition and reconstruction of approximately 700m of a post-tensioned suspended deck quay, originally constructed in the 1950s. McLaughlin & Harvey developed an innovative top down construction and demolition technique prior to installation of the new pre-cast deck.