Building starts at The Clydeside Distillery

Work has commenced to transform the iconic Pump House building located between the Riverside Museum and the Hydro Arena into a bespoke whisky distillery and visitor centre on the banks of the Clyde, Glasgow. 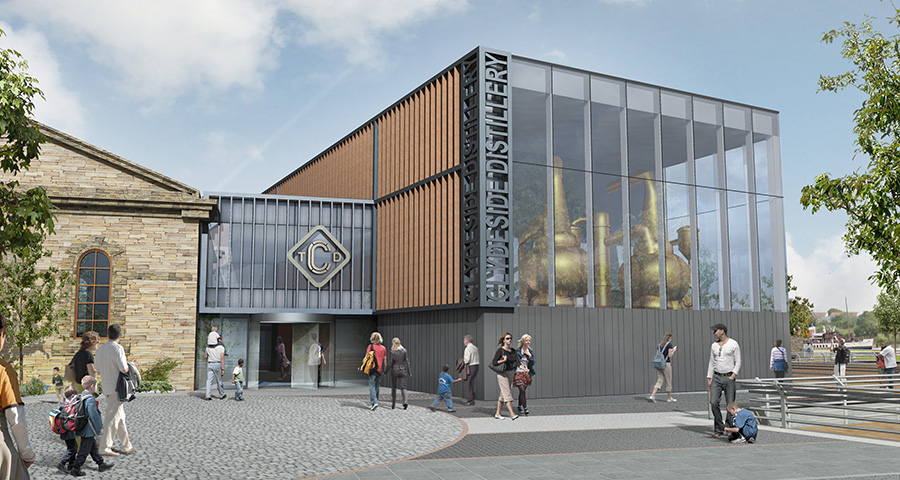 The Clydeside Distillery, owned by Morrison Glasgow Distillers Ltd, will create up to 25 jobs when it becomes fully operational in the autumn of 2017 with several hundred employed during the construction and fit-out phases.

The project, which will celebrate the role whisky has played in shaping both Glasgow’s and Scotland’s heritage, has been developed by a small group of industry experts, led by Tim Morrison, formerly of Morrison Bowmore Distillers and current proprietor of the AD Rattray Scotch Whisky Company.

Tim Morrison, Chairman of Morrison Glasgow Distillers Ltd, commented, “Our vision to build a whisky distillery on the banks of the Clyde, first conceived many years ago, is now set to become a reality. Work has started on site and our first batch of spirit should be flowing before the end of next year. In addition to the Morrison family and a range of private funders, the Scottish Investment Bank (SIB) has joined the consortium of investors contributing £2 million to the project. The city was once home to many whisky distilleries and we think The Clydeside Distillery will put Glasgow right back on the Scotch whisky map. Few people know the historical significance of the iconic pump house building to the Scotch whisky trade. In years gone by, this building controlled the entry bridge into the Queens Dock ensuring Customs and Excise could keep a close eye on goods in and out, including Scotch Whisky. My great grandfather, John Morrison, built the Pump House in 1877 and it gives me great pleasure, to now have the opportunity to bring the building back to life, restore it to its former glory and give the building and the surrounding area the respect and status it deserves.”

Paul Griffen, Construction Director at McLaughlin & Harvey said, “It’s a great privilege to be involved in the re-development of another of Glasgow’s iconic buildings. Our experience in this type of restoration work coupled with over 40 years working in the distillery sector will help us to deliver a first class development for The Clydeside Distillery.”

The new visitor experience is expected to attract 65,000 visitors per annum. The site will provide a café / restaurant, a comprehensive shop retailing a variety of Scotch whisky brands and offer distillery tours, whisky tastings, an interactive whisky experience and the single malt whisky distillery itself.