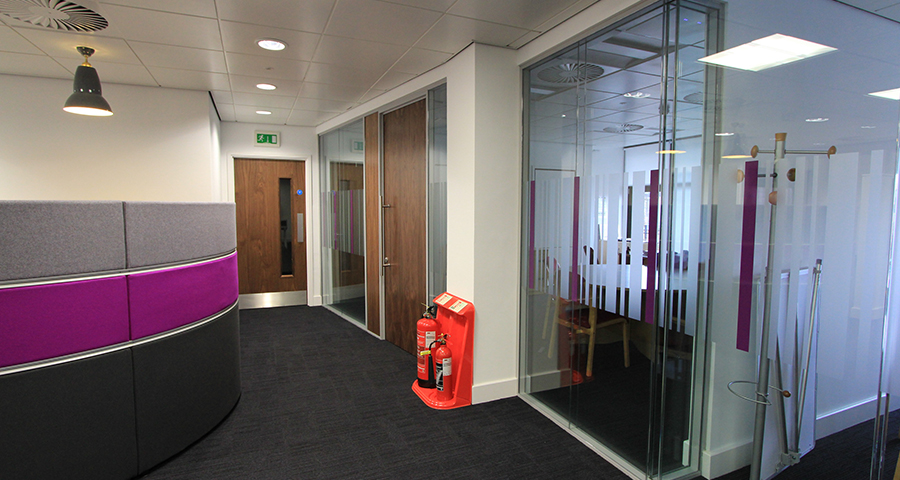 The project, which was on-site for 18 weeks, delivered a full office fit-out for the transport provider. SPT’s relocation was due to its previous headquarters being demolished as part of the Glasgow Queen Street station redevelopment.

The refurbishment was finished with SPT branding, creation of a new reception and staff break-out spaces to provide a more relaxed meeting setting.

Richard Restrick, Head of Fit-out at McLaughlin & Harvey said, “This was a big project for the fit-out team at McLaughlin & Harvey with over 100 contractors on site at peak times, and as a local contractor, we were proud to win and deliver the contract. SPT had a real emphasis on energy efficiency, which heavily influenced how we delivered the fit-out and considered this aspect when designing and installing the components. As SPT had to relocate from its previous premises by a certain date, it meant that we had to deliver a fast-track programme. We delivered the project on time and on budget, and hope the team at SPT enjoy settling in to their new HQ.”