McLaughlin & Harvey has won the CEF Construction Excellence GB and Republic of Ireland Award 2015 for the A82 Pulpit Rock realignment scheme. 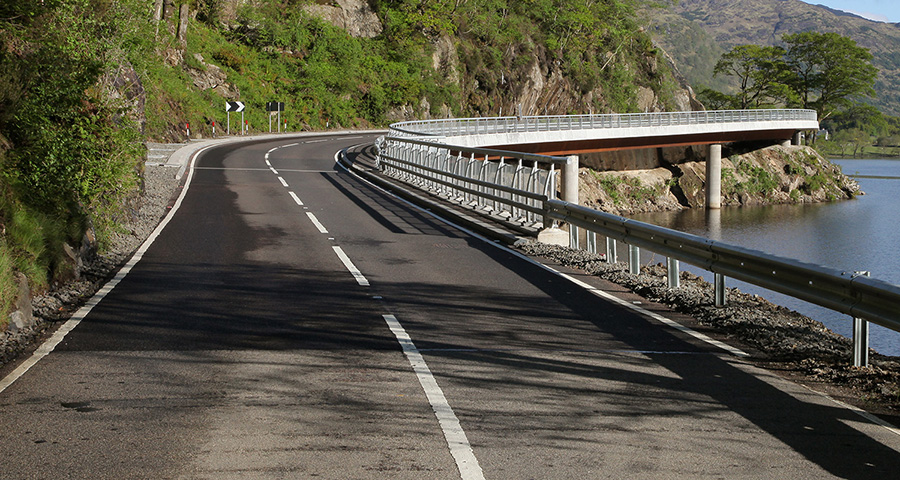 The CEF Awards recognise excellence from the Northern Ireland construction industry. This year the new Great Britain and Republic of Ireland category was introduced to highlight projects undertaken outside Northern Ireland.

The award recognises the many challenges faced by the site team during construction, and the added benefits the scheme brings both aesthetically and in the reduction of congestion along the A82.

The project involved the construction of a six-span, 175m long viaduct along the shore of Loch Lomond. The works also entailed the stabilisation of rock, which was cut to widen the road over a length of 400m, and the removal of a historic bottleneck which had been under traffic light control for over 30 years.

Congratulations to all those involved in the project!