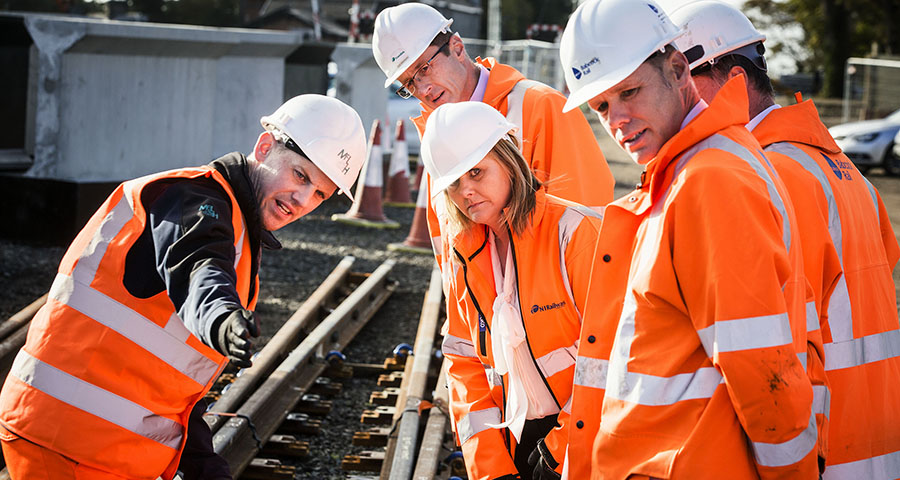 Phase 2 comprises the construction of a passing loop and 2 new extended station platforms at Bellarena, along with the installation of a new signalling and telecoms system.

Speaking at Bellarena Train Station, Translink Infrastructure Executive Clive Bradberry, said: “We are pleased to welcome the Transport Minister on-site to view firsthand the work underway during this major engineering project. Working with our contractors McLaughlin & Harvey and Babcock Rail, we’ve made good progress on night works while maintaining normal timetabled services in order to limit disruption to our passengers. We have also now completed 4 of 5 weekend line closures – the last of which will be on November 7 & 8 – in order to install track for the new 800m passing loop at Bellarena. During these closures our bus substitution services between Coleraine and Derry / Londonderry have been effectively meeting customer demand. The platform extension at Castlerock is almost complete and we are constructing two new platforms for six car trains sets at Bellarena. We will also upgrade the signalling and telecoms systems along the railway line ensuring it operates as effectively and efficiently as possible in the future. This work will secure the line’s operation for the future, enhancing current levels of safety and reliability and providing the capability for an hourly service to Derry / Londonderry. We would like to thank the Department for Regional Development and the European Union for essential funding to deliver this project. We would also like to thank our customers and local people for their patience and support as we work hard to develop the railway line in the North West.”

Phase 2 of the railway renewals project is due to be substantially completed by the end of 2016.