McLaughlin & Harvey has successfully completed vital works during 5 weekend closures of the Coleraine - Londonderry Railway Line, including the construction of the largest switch and ‘turn-out’ switch and crossing units ever installed on Northern Ireland Railway network. 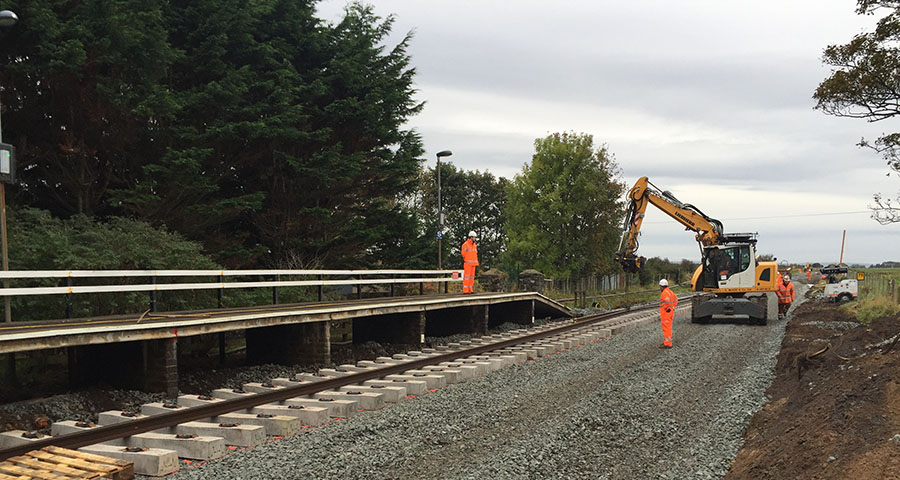 McLaughlin & Harvey’s phase 2 works form part of the £46.4m investment funded by the Department for Regional Development and the European Union ‘Connecting Europe Facility’. Phase 2 comprises of the construction of a passing loop and 2 new extended station platforms at Bellarena, as well as the installation of new signaling and telecoms systems.

The weekend closure works included the full dig-out and replacement of existing sleepers and ballast, as well as new drainage over the 1km length of new passing loop. The switch and crossing units, which were supplied by Progress Rail, are the largest ever installed on the Northern Ireland Railway networks and the first to be constructed using precast concrete bearers in place of the wooden sleepers. The installation of the units was vital to allow construction of the new passing loop; they were successfully installed consecutively during the final 2 weekend closures without any negative impact on programme and passenger services outside of the pre-arranged weekend closures.

Other works carried out during the closures included upgrade of under track crossings and culverts.

Phase 2 of the railway renewals project is due to be substantially completed by the end of 2016.