A significant milestone has been reached on the A82 Pulpit Rock scheme, which has now been opened to two way traffic with the removal of the implemented traffic management system. 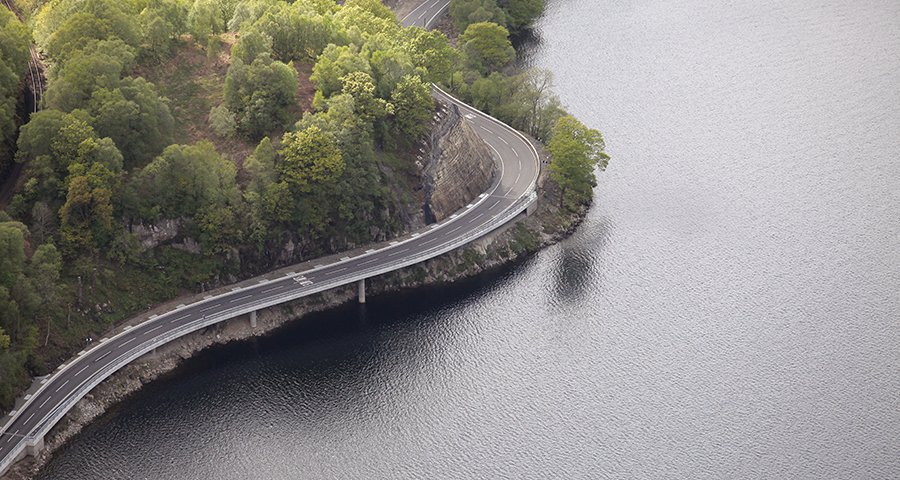 Improvements to the road have removed the notorious bottleneck on the A82, alongside Loch Lomond, where the road has been restricted to single lane operation under traffic lights for the last 30 years.

"The road improvements at Pulpit Rock will provide improved journey time reliability and reduce driver frustration. For the first time in over 30 years road users will be able to pass Pulpit Rock without stopping at traffic lights.”

The project involved the construction of a viaduct structure, rock cutting slopes, and the widening of the existing carriageway over a length of 400m on the shores of Loch Lomond.