St Helens R.F.C has announced McLaughlin & Harvey as its East Stand partner for the next two seasons. 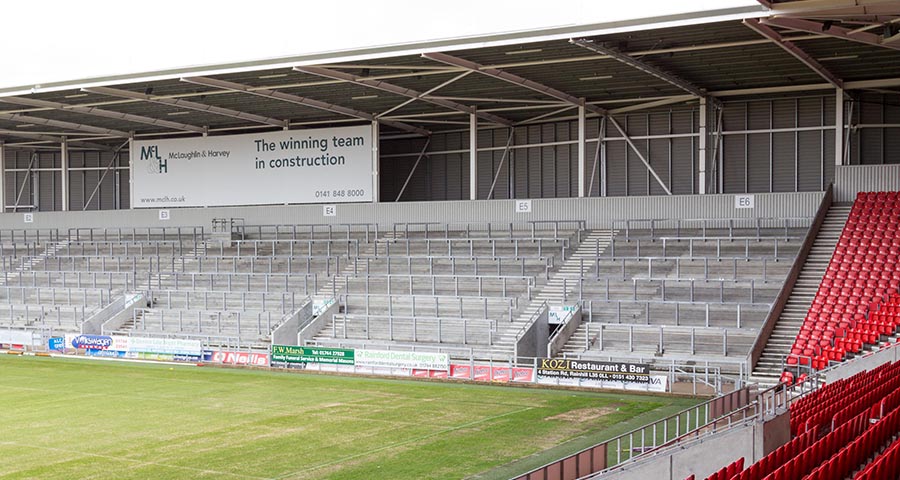 McLaughlin & Harvey designed and built the 18,000-seater stadium in 2011, and the new agreement will see the stand renamed at the home of the First Utility Super League champions.

Barclay Chalmers, Managing Director at McLaughlin & Harvey, said, "We have long been associated with first class delivery of sports and leisure facilities throughout the UK. Sport and leisure is one of McLaughlin & Harvey’s core sectors and support for sport has been part of our business ethos for many years. We are honoured to be able to return to Langtree Park and put our name above the east stand. We’re excited for the rest of the season and looking forward to seeing McLaughlin & Harvey’s logo around the club.”

Dave Hutchinson, General Manager at Saints, added, “St.Helens R.F.C. is delighted to have McLaughlin & Harvey join our family of major partners here at Langtree Park. The naming of the McLaughlin & Harvey east stand will help create and enhance its brand awareness now that the two businesses have become one. Whenever a game is played, the cameras will pick up the terrific signage that is now in place. McLaughlin & Harvey has a very long and traditional history in building and civil engineering and has played a big part in completing the dream of a new stadium here at Saints, a stadium we are all very proud of and it’s a huge boost to now have their support as a key sponsor. It is no surprise that fans have an emotional connection with their team’s sponsors and we wish McLaughlin & Harvey every success for the future and look forward to working together.”