McLaughlin & Harvey, Barratt London and Chandos Tennis Club were on-site to mark the start of the new facility’s structural steelwork. 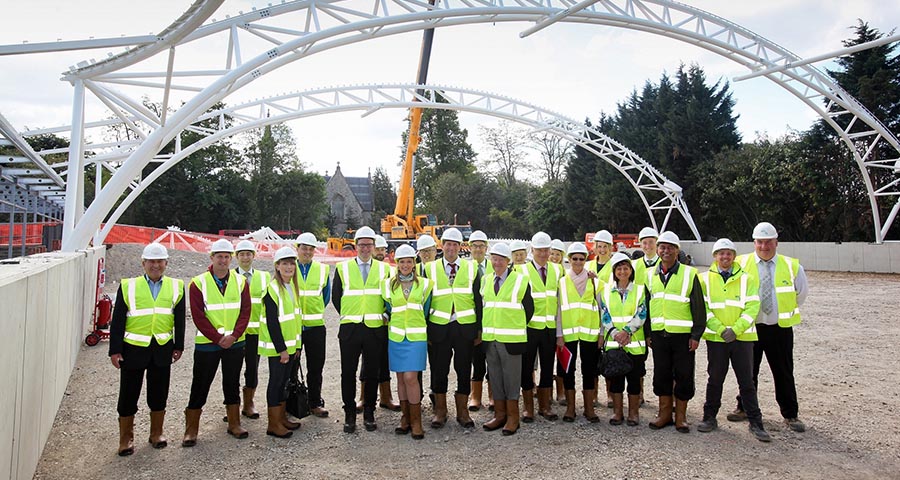 The event was also attended by the Mayor of Barnet, Councillor Mark Shooter and his wife Mellissa, and guest of honour Bobby Wilson, who has been head coach at the club for 30 years and is a former Davis Cup tennis player.

The new state-of-the-art tennis club includes 4 outdoor courts, 1 junior court, 4 covered tennis courts with a bespoke tent style canopy roof, and a club house equipped with a lounge, café and meeting room. The new facility will also have 26 secure cycle racks and 41 car parking spaces for members to use.

Chandos Tennis Club is due to open to its members in the winter of 2015, with special access now available for local schools and children.

Greg Tillotson, Regional Land and Development Director, Barratt London, said, “We are working with the very best architects and contractors to ensure we deliver a state-of-the-art facility that will not only meet the high expectations of Chandos Tennis Club’s existing members, but attract new players from across Barnet. Hopkins Architects designed both the London 2012 Velodrome and the Lawn Tennis Association’s National Tennis Centre, whilst McL&H worked on the redevelopment of Tollcross International Swimming Centre used during the 2014 Commonwealth Games. During its 93 year history, Chandos Tennis Club has produced 16 Wimbledon qualifiers and we hope that the new facilities will help us uncover Barnet’s answer to Andy Murray.”

Paul Griffin, McLaughlin & Harvey Construction Director, said, “We have a long track record of working on sports and leisure facilities across the country and we are enjoying delivering a project which is so important to North East London. We are also tremendously excited to be embarking on our first project with Barratt London and delivering a facility which the client and local community can be proud of.”