Over the last 6 months McLaughlin & Harvey has assisted Queen's University Belfast Civil Engineering department in their aim to set the world record for the longest bridge built entirely from Meccano. 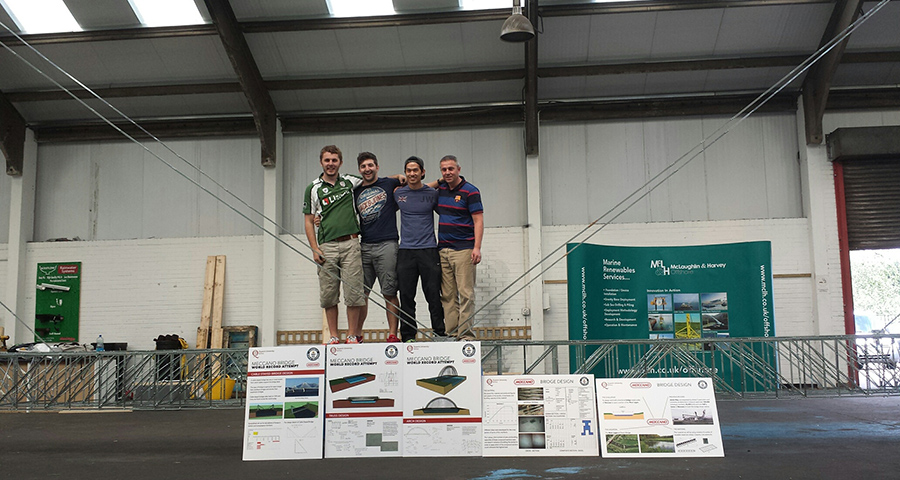 The ambitious project is being undertaken by third year students, with McLaughlin & Harvey providing technical support and resources. The bridge is a cable stayed structure constructed entirely of 11,000 pieces of Meccano, excluding nuts and bolts.

The bridge has been erected as a trial in an industrial unit provided at McLaughlin & Harvey’s head office. The aim is now to re-erect the bridge at a public location in Belfast in September, hopefully securing the world record. Project support has also been provided by AECOM and DCAL.