McLaughlin & Harvey has begun the steelwork phase of the extension and redevelopment of Elliott’s Field Shopping Park, Rugby. 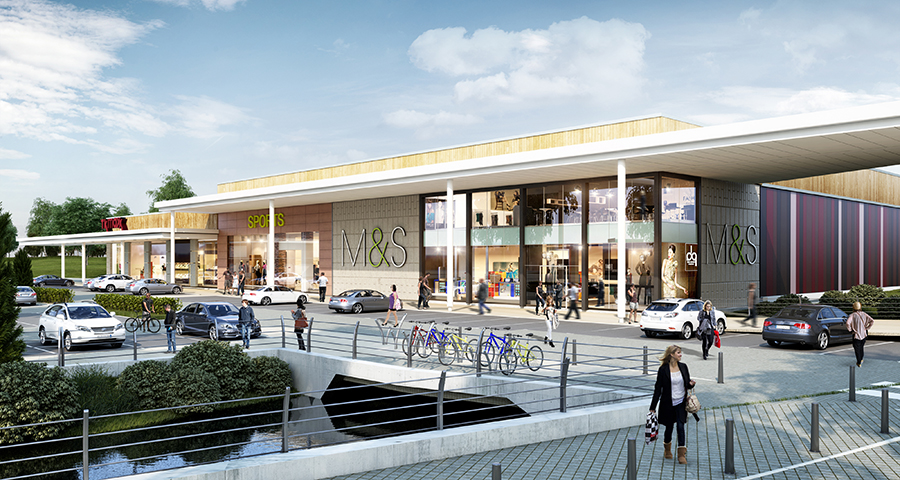 McLaughlin & Harvey was appointed main contractor of the Hammerson development and has been on-site since September 2014.

The majority of the existing facility has been demolished and is to be redeveloped into a 300,000sqft retail destination with 15 outlets, including a Marks & Spencer, and Debenhams department store.

A raised promenade walkway above the car park is to be created, which will be covered by a dramatic high level canopy. A catering area will also be incorporated with an external seating deck overlooking the River Swift which runs through the site.

Additionally, improvements will be made to the existing car park, providing easier public access and a new separate goods access to the park.