The new mooring pontoon for the Stromness lifeboat has been handed over by McLaughlin & Harvey to the RNLI. 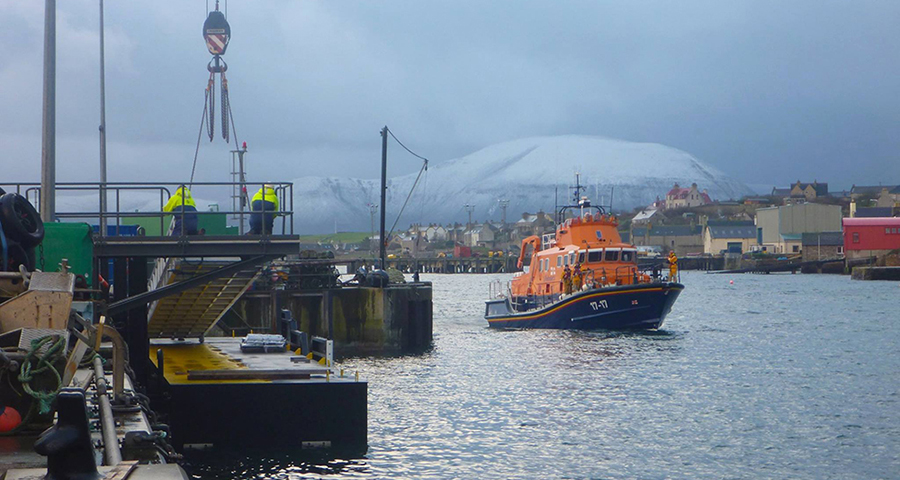 Construction work has finished on the floating mooring system for the Stromness lifeboat which is now berthed alongside the new pontoon in Stromness Harbour.

“We’re very pleased to see the mooring system in place. It will make boarding the lifeboat much safer for the crew when they are called out for rescues. The floating pontoon will also mean that the crew can respond faster to callouts and be away from the berth more quickly. Regular maintenance will also be easier with the new access. Previously the crew had to negotiate vertical ladders to get to the boat at the same time as carrying equipment.”