Glenconway Wind Farm, which was constructed by Gael Force Renewables Ltd, a joint venture between McLaughlin & Harvey and W&H Alexander, has won a CEEQUAL Excellent Award. 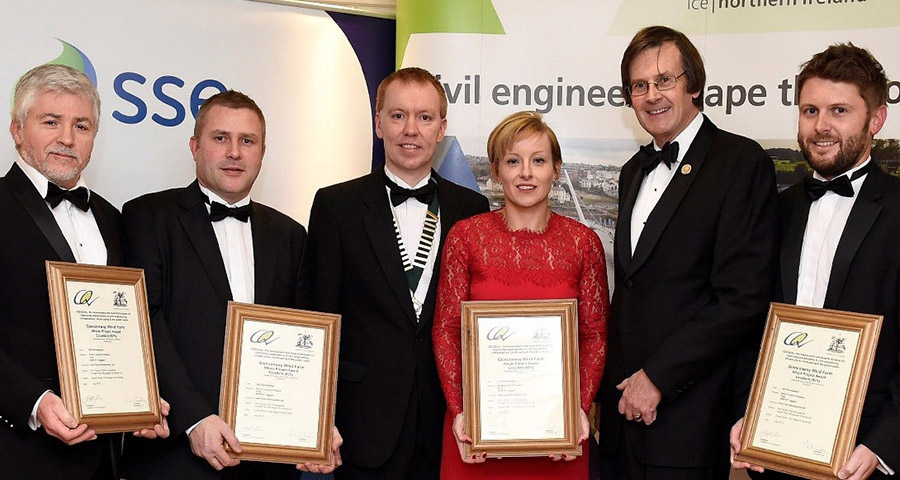 The project, which began in May 2012 and was completed in October 2013, comprised of the design and construction of a 46 MW-rated wind farm which included 20 2.3 MW-rated Siemens turbines, enough to power 46,000 homes, and associated infrastructure including 9km of access tracks, a 33KV sub-station, operational store building and a 10 metre clear span bridge.