McLaughlin & Harvey were proud to hand over the completed Towerbank Primary School and Nursery project to City of Edinburgh Council on 27 July 2013, following a year-long redevelopment scheme to enhance the existing facilities. 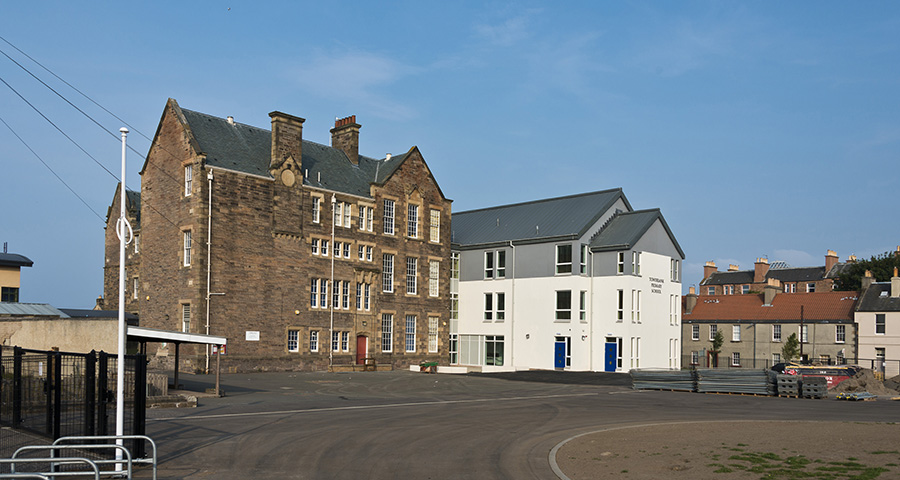 As part of our on-going commitment to the Considerate Constructors Scheme (CCS), this site was registered with the scheme and was described as “a very good performance and well above the core requirements of the Scheme” by the CCS Monitor.

Our Client, City of Edinburgh Council, also commented that,“McLaughlin & Harvey have performed extremely well . . . They have planned well, organised, identified issues in advance, performed and delivered on time and to budget with an ever-increasing workload added in by the school/client whilst work has been in progress . . . The site manager and his team and contracts manager are top class and have always been positive to late changes made and have dealt positively with a range of school and neighbouring issues with safety paramount in all of their day-to-date site running operations. They are also straight forward to deal with on a contractual basis and are not a “claims conscious” type of contractor which is very important in the smooth running and contract relationships of any project. They do “exactly what it says on the tin! I have absolutely no hesitations in recommending them for other building works of this type.”

We thoroughly enjoyed working in this area and with City of Edinburgh Council, and would like to thank the local community and surrounding neighbours for their continued patience while we delivered this scheme, which ultimately has created a much improved learning facility for pupils in the area.